The countdown to the 2021 Golden Globes has begun!  From Lupita Nyong’o and J Lo in capes to Lady Gaga paying tribute to Judy Garland, here are Cinémoi’s picks for the top 10 best dressed of all time at the Golden Globe Awards!

Plus, don’t miss our ALL DAY Golden Globes Star Marathon on February 28th! More details are at the bottom of this post.

Julia Roberts was the epitome of 90s perfection in this navy blue pinstripe skirt suit.

Halle Berry pulls off one of the hardest colors to wear on the red carpet: chocolate brown. But then again, what doesn’t look good on her?

Leave it to Queen Bey to make an entrance! She did indeed shin like gold in this sequined Elie Saab number.

The crowds went crazy for Charlize Theron’s red carpet “nude prom dress” the night of the 2012 Golden Globes. The actress was on point with the beige trend that year in her slit-up-to-there Christian Dior Couture gown with an elegant bow in the front.

12 Years A Slave actress, Lupita Nyong’o, wowed everyone at last night’s Golden Globe Awards, when she walked down the red carpet wearing this beautiful caped gown by Ralph Lauren.

For her first big red carpet moment with George, the gorgeous Amal Clooney stunned in a black Dior with white satin gloves that she said were her own. 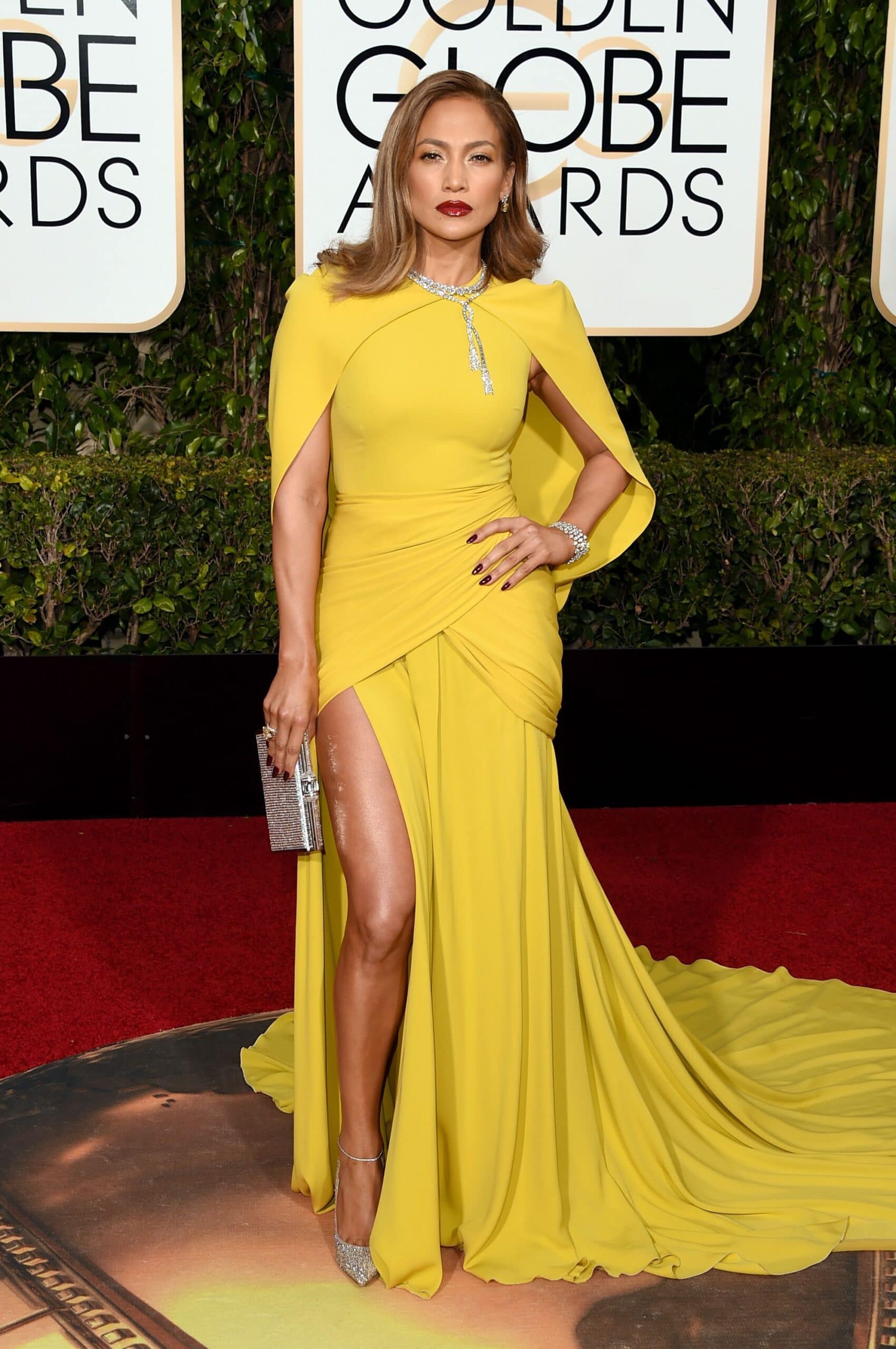 Jennifer Lopez blew us away on the 2016 Golden Globes red carpet in this gorgeous yellow Giambattista Valli creation. We are living for her perfect representation of Old Hollywood glam!

Gaga wowed in a jaw-drooping Valentino haute couture gown inspired by Judy Garland in the starring role of Vicki Lester in the 1954 version of “A Star Is Born.” 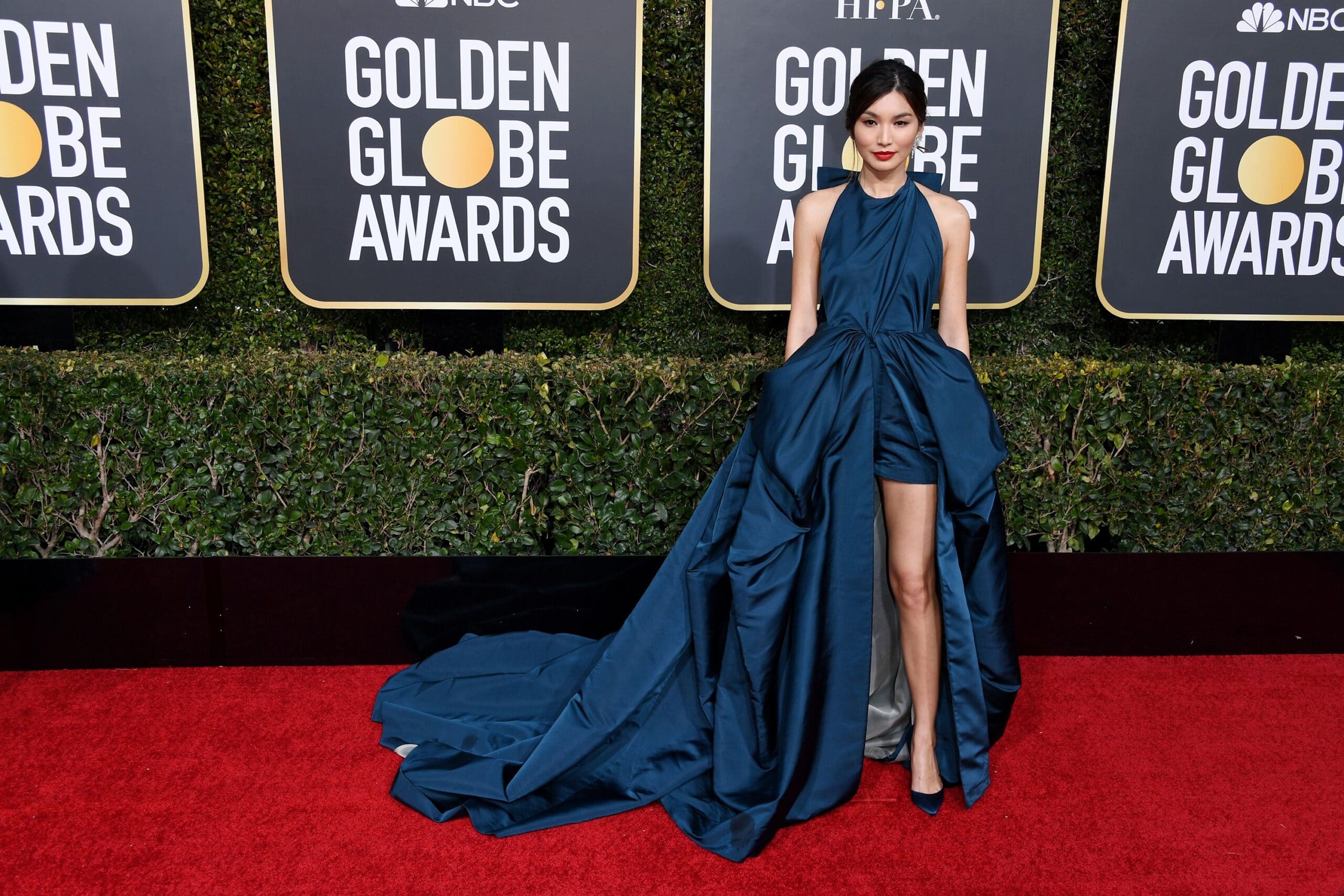 While red carpet style is traditionally reserved for gowns, Crazy Rich Asians star Gemma Chan slayed the shorts trend in Valentino Couture and proved once and for all that one can indeed rock shorts on the red carpet.

The Pose actor worked on his custom Alex Vinash look—a white silk tuxedo accented with a chapel-length train of feathers and it made our hearts stop!

Want more red carpet and celeb nostalgia?  Tune in to our ALL DAY Golden Globes Star Marathon on February 28th!