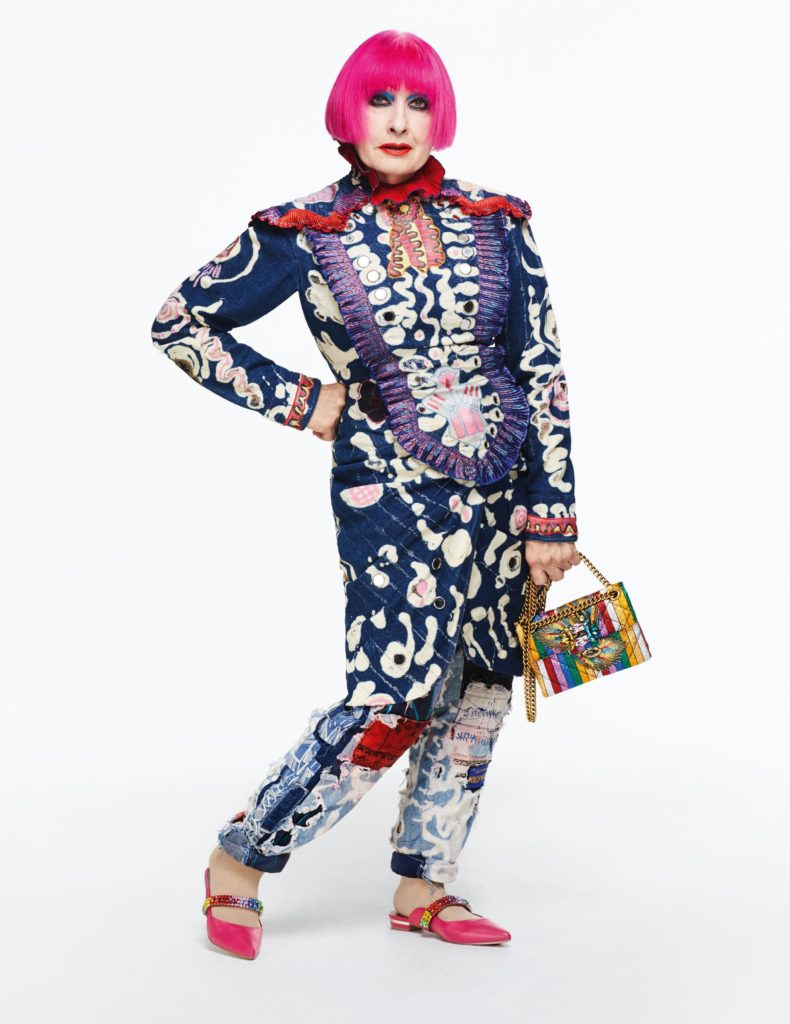 Dame Zandra Rhodes has been a notorious figurehead of the UK fashion industry for five decades, celebrating her 50th year in fashion in September 2019. Her notoriety as a print designer combined with an affinity for fine fabrics and color has resulted in a signature aesthetic that is undeniably unique and continues to stand the test of time. An eponymous pioneer of the British and international fashion scene since the late ’60s, Zandra’s career has seen her collaborate with brands such as Valentino, Topshop, and Mac Cosmetics. Continuing to collaborate with brands that inspire her, 2021 will see the launch of Zandra Rhodes IKEA.

After 50 years Zandra shows no sign of stopping and is still producing RTW seasonally and showcasing them at London Fashion Week. 2019 sees the House of Zandra Rhodes celebrate their Jubilee year with a retrospective exhibition at the Fashion and Textile Museum – founded by Zandra – entitled Zandra Rhodes: 50 Years of Fabulous and a retrospective book published by Yale.

On the 26th of March, 2013, Rhodes launched a Digital Study Collection of 500 of her iconic garments from her private archive, as well as drawings and behind-the-scenes interviews and tutorials in her studio. The Zandra Rhodes Digital Study Collection was developed through a project led by the University for the Creative Arts and funded by Jisc. Making key garments she designed available for student study worldwide.